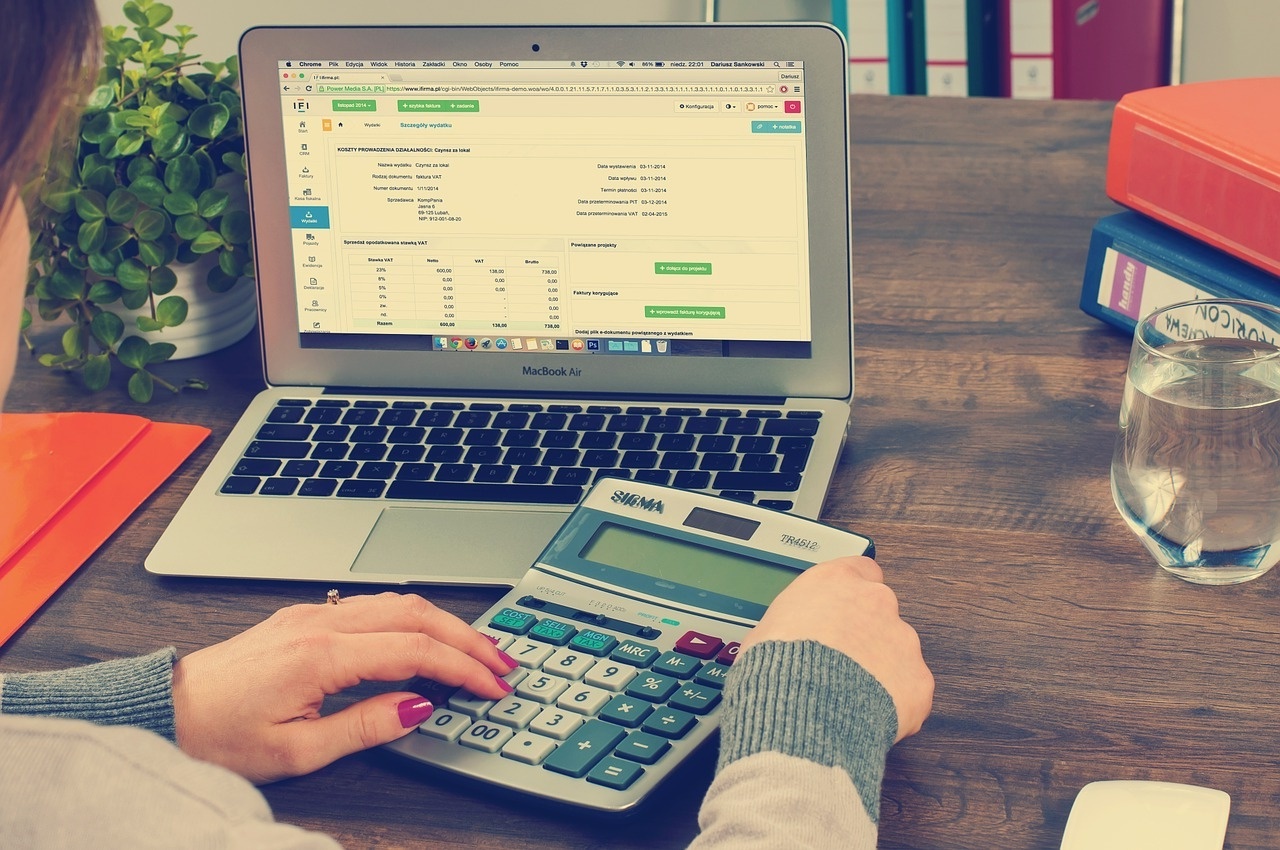 What is a prepayment meter?

Prepayment energy meters (PPMs) are often fitted in homes of energy customers who might be at risk of falling into debt with their supplier, these often include vulnerable people like the elderly, the unemployed, and low-income families.

Customers on these tariffs pay for their energy upfront, but this also means that their gas and electricity supply could be interrupted when their credit runs out and their unable to pay to top-up their account.

Prepay customers are on a constant countdown to having energy switched off and pay more for their gas and electricity for the privilege.

Tariffs for prepayment meters (PPM) tend to be significantly more expensive than standard tariffs and can often cost hundreds of pounds more a year.

This means that people who have already been identified as being at risk of falling into energy debt are being forced to pay even more money for their gas and electricity.

As a result, prepay customers are the most likely to be fuel poor with more than a fifth (21%)¹ of customers on prepay meters living in fuel poverty.

Paying over the odds for energy has a knock-on effect on cash-strapped households as it leaves less money to pay other households bills or other necessities like food. When being forced to choose between heating or eating, many a pushed into using foodbanks or even energy rationing.

In some cases, people are even pushed into payday loans with high interest rates that make the situation worse, by hurting their credit score and trapping them in a vicious cycle of debt.

While newer PPMs allow you to top-up online or via app, older meters still require customers to put credit on a card or key, this means that if for any reason they are unable to get to a shop to purchase credit, then they’re forces to live on a countdown to having their gas and electricity switched off at a moment’s notice.

This is most likely to happen at times where people need gas and electricity the most, like during particularly cold periods, and hits vulnerable people the hardest. Research from Citizens Advice found that 1.7 million² regularly ‘self-disconnect’ with affordability being one of the primary reasons for doing so.

Areas with high levels of fuel poverty generally have a high percentage of people on prepay meters. 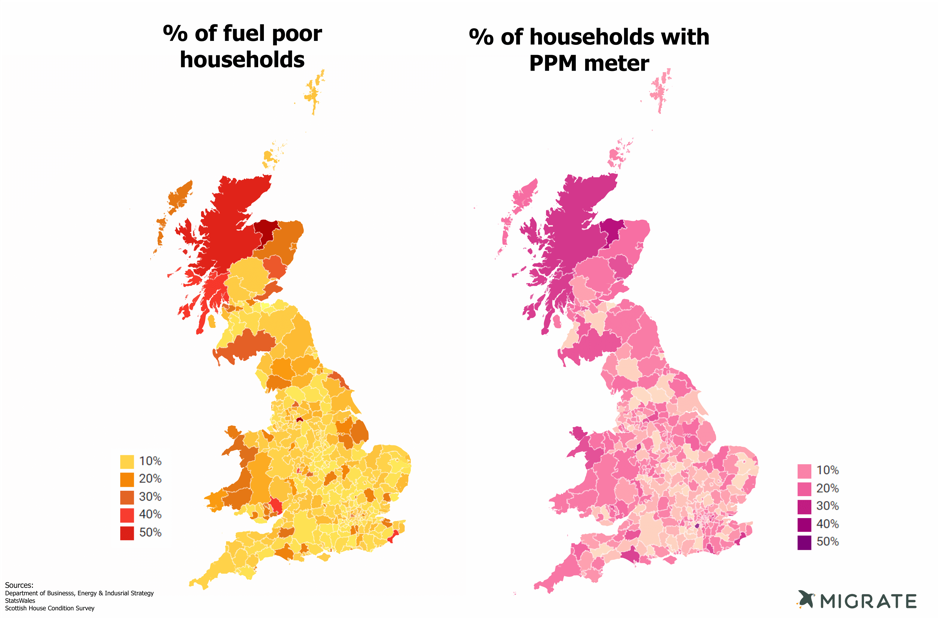 Switching to a credit meter

Few PPM customers are aware that it is possible for them to switch their existing tariff. However, the number of deals that are available is far less than the number tariffs that credit customers have to choose from, they also are typically much more expensive.

While it might make sense for some prepay customers to move to a standard meter, suppliers can make it difficult for them to do so.

Prepay customer who want to switch to a standard meter will likely have to pay off any existing debt on their account, but some suppliers might also require them to pass a credit check or even pay a deposit.

The size of the deposit varies by supplier, but this can be as much as £250 per fuel. This means that PPM customers who may already be struggling to pay for their gas and electricity are being forced to accept paying over the odds for their energy or pay up to £500 upfront.

Renters on prepayment meters will also need permission from their landlord to install a standard meter creating another barrier to making the switch.

‘Big Six’ supplier criteria to switch to a credit meter 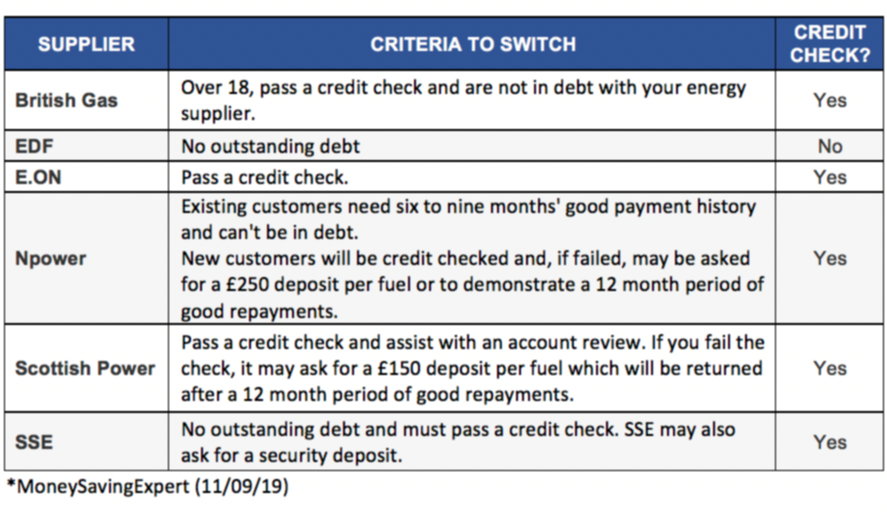 As part of our fuel poverty awareness campaign, we’re calling for the industry to consider standardised criteria for switching from a prepayment meter to a standard meter across all suppliers in order to make some of the cheapest deals on the market available to those who need them most.

Migrate calls for the industry to:

1.    Reduce the gap between prepay and standard credit tariffs

In 2016, the CMA ruled that the cost difference between serving households with prepayment meters and those with credit tariffs should be £63 per year, however, some prepay tariffs are still hundreds of pounds more a year that credit alternatives.

With the emergence of smart prepay meters, it’s likely that the cost of running prepay networks will become cheaper. Any savings for suppliers should be passed along directly to customers by reducing the price-cap on prepay energy tariffs.

Providing a prepayment customer has no outstanding debt on their account and have been debt free for a reasonable period of time, providers should waive credit checks to move from a PPM to a standard meter.

Customers who have a history of financial difficulty should not be blocked from accessing the best value deals on the market, it’s also reasonable to believe that people who’ve struggled financially are cautious about undergoing a credit check, and as a result, be discouraged from making the switch.

3.    Send annual reminders to switch and notify at risk customers of cheaper tariffs

I.  Much like how insurers are required to send customers annual renewal notices, energy suppliers should notify PPM customers before they’re moved on to their standard tariff and how much the tariff change is likely to cost them on an annual and monthly basis.

Suppliers should also be obligated to notify vulnerable customers of other suitable tariffs that they offer where that tariff may be cheaper than the customers current tariff.

II.              Energy suppliers should proactively notify households with no outstanding debt of their right to switch to a standard meter and the potential benefits and savings available in doing so.

“While prepayment tariffs can help people to effectively manage their outgoings, the truth is that some PPM customers aren’t on these tariffs by choice and many don't realise that they don't have to be. It’s troubling how some of society’s most vulnerable people are forced on to these poor value energy deals that not only cost them more money, but also sees them constantly living with the threat of being plunged back into the stone age if they’re unable to top-up” - George Chalmers, CEO of Migrate